The Wall Street Journal
June 14, 2012
“MY REINCARNATION takes the classic father-son story to a magnificent new level, all the more amazing because it offers a front-row seat at the actual transformation of a human being.”

The Washington Post
January 5, 2012
“There are plenty of such deep thoughts sprinkled throughout the film, along with a compelling story line about the relationship between a distant father – compassionate and wise to his students, but emotionally unavailable to his family – and his headstrong son.”

The New York Times
October 27, 2011
“Jennifer Fox’s remarkable documentary My Reincarnation follows one such individual over the course of 20 years, only to find that destiny will have its way… Especially in the early footage, Chogyal Namkhai Norbu is an engaging, charismatic figure; by the end, Yeshi is finding his own footing, able to relate to a young, wired-in audience. My Reincarnation makes a pretty strong case: when the family business is enlightenment, listen to your dad.”

New York Magazine
October 24, 2011
“If you want to know what Buddhist leaders are like in private, this documentary following the life of a Tibetan spiritual master and his complex relationship with his Westernized son will make for fascinating viewing.”

Variety
June 24, 2011
“The path by which Yeshi finds his calling and merges it harmoniously with his work and “other” life supplies the docu with a highly engaging final third. The emotional currents running through Yeshi’s revitalized relationship with Norbu, and the role played by his Italian mother, Rosa, are particularly satisfying.” 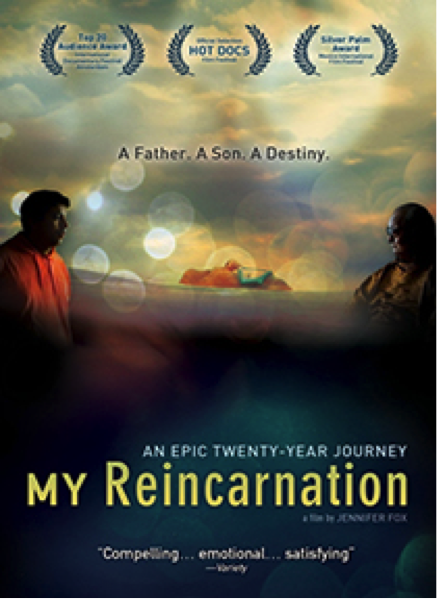 Flying: Confessions of a Free Woman

Chicago Sun-Times
September 14, 2007
” ☆ ☆ ☆ (3 Stars!) This verite essay explores female sexuality as a key part of female freedom. Fox scrupulously chronicles her own day-to-day life. It’s a credit to her artistry that this doc never veers into icky narcissism.”

LA Times
September 5, 2007
“Fox travels the globe to talk sex, marriage, babies, divorce, work, identity, oppression, socialization and abuse with her fascinating, far-flung friends. And their combined stories add up to something remarkable: a kaleidoscopic meditation on gender-as-destiny.”

The New York Times (The Arts section)
Wednesday, July 04, 2007
“By turns playful, sexy, tragic and contemplative, ‘Flying’ is an addictive soap about sexuality and sisterhood. And if that makes the average man’s eyeballs roll, all the more reason for his honey to buy him a ticket.”

Variety Weekly (Film section)
Monday, December 11, 2006
“‘What do women want?’ asked a frustrated Sigmund Freud, and with ‘Flying: Confessions of a Free Woman,’ Jennifer Fox gives him an answer… The nerve it takes to expose herself – and her friends – is matched by Fox’s ability to twist the confessional doc into a globe trotting highbrow soap opera. The work by celebrated Danish editor Niels Pagh Andersen is miraculous. Fox’s technique – ‘passing the camera’ – gives the production a homemade feel. Or perhaps it could be called a woman’s touch. But only in the most respectful sense.” 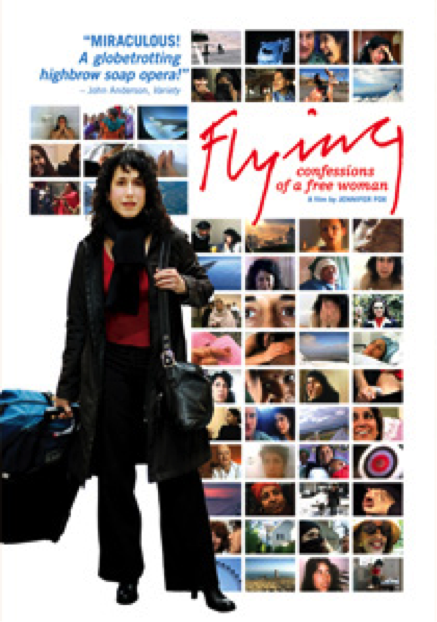 Named One of the Top Ten Television Series of 1999

The New York Times
June 29, 1999
“What is the secret of a happy marriage, especially one that flies in the face of social convention and is fraught with personal turmoil? The mysterious emotional chemistry that unites spouses from disparate backgrounds is a major subject of Jennifer Fox’s absorbing 10-hour documentary, ”An American Love Story.””

Village Voice
June 23, 1999
“The only work at the 1999 Sundance Festival that might make history is not a film but a ten-part series . . . there’s never been a more intimate study of the everyday significance of race and racism in American life.”

Variety
January 24, 1999
“Extraordinary…In a perfect world, the over-worked accolade “landmark television event” would be reserved exclusively for the likes of Jennifer Fox’s AN AMERICAN LOVE STORY.” 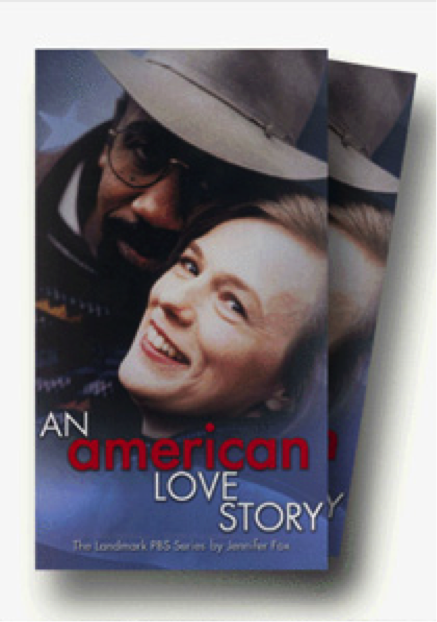 Variety
November 25, 1987
“Although this is a documentary, here is a fiction talent, and of considerable promise, with the right material.”

Boston Globe
“I was overcome and so impressed by the subtlety of character and the way Beirut was conceived. A filmmaker’s dream.”

New York Post
June 29, 1988
“A remarkable movie. Beirut is a straightforward, no-fuss look at one family’s last stand. Director Fox lets her subjects tell their story in their own words and with few theatrics. But Fox’s admiration for — even her amazement at — their heroics comes across loudly and clearly.”

Twin Cities Reader
“Outstanding. Fox keeps the fighting in the picture, but only as a backdrop to this truly bizarre, intriguingly original look at life during wartime.”