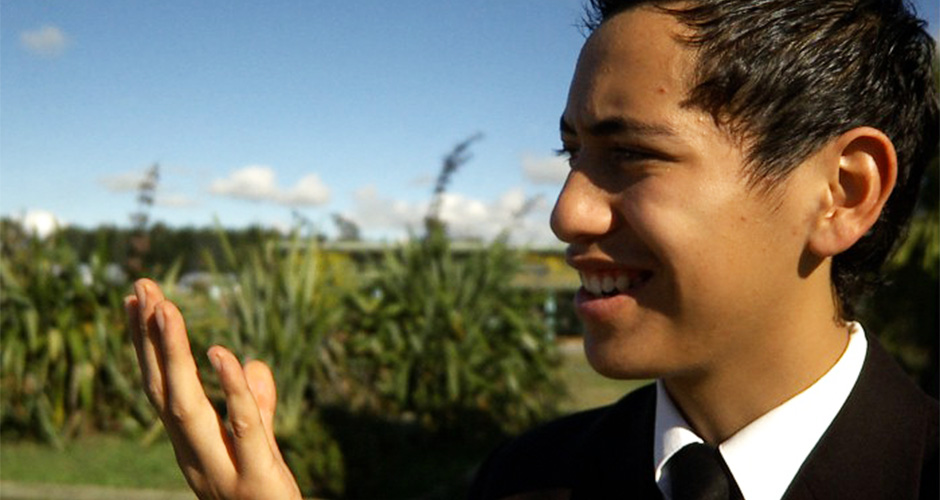 “He’s precious, and gifted, a Matakite – a wiseman… but really he’s just a child.”Obama broke the mould. Bolivia’s Evo Morales broke the mould. And a teenager in New Zealand is breaking the mould to eventually stand in history with these leaders.

At 4 he learnt English.

At 12 he began his first university degree.

At 14 he googled international politics and came up with Yale University.

Ngaa’s story reveals a family of eight on a modest income, committing to a US$35,000 Yale bill; a weighty tribal expectation that he will be the voice of his people AND bring success in war dance competitions; laughing and crying with best friends, approaching adulthood and diverging pathways.

What if we could turn back the clock and watch the minds forming of those who would create political zeitgeist shifts in the future?

MAORI BOY GENIUS does just that.